Others
Performed with the collaboration beyond the category of Arts,
Holistic approaching with artists who is painters, crafts-man, photographers
at Ehibitions in the ART Gallery and the City Museum in Japan
As part of the volunteer activity, Performance for the patients in the hospital

• Eminent dancer- intuitive teacher and a choreographer par excellence, Chitra Visweswaran, a legend in the field of
Indian dance, has the distinction of being a scholar, thinker & seeker. Deep-rooted training in dance & music, an eclectic
background covering Western Ballet, Manipuri, Kathak, Rabindra Nritya, Rabindra Sangeet, Carnatic Music & theatre
compounded by an inner thirst for knowledge launched Chitra on a voyage of discovery at a very young age.
• Her initial training in dance began under her mother; she went on to specialize in two important streams of
Bharatanatyam- the Tiruvidaimardur bani under Smt .T.A. Rajalakshmi, one of the last devadasis and the Vazhuvoor bani
under Vazhuvoor Sri. B.Ramaiyya Pillai.
• Her research directed towards the extension of the existing Bharatanatyam repertoire has led to the creation of a
voluminous body of work, covering several margams, thematic solo, group /dance theatre productions, which reflect

individuality and are a synergy of tradition & innovation.
• She has appeared in solo and presented her her group work & dance productions at several prestigious venues and
festivals nationally and internationally including the United Nations, Geneva, UNESCO, Paris, Festivals of India abroad,
India’s 50th year of becoming a republic in Germany, a specially choreographed program for BBC telecast internationally
for India’s 50th Year of Independence, in the presence of several spiritual heads and heads of state, amongst many others.
• She has many firsts to her credit, noteworthy being among the 1st group of dancers to perform at Chidambaram
Natyanjali , the first Indian dancer to appear on Portugal TV and more recently, the first Bharatanatyam choreographer to
be commissioned to present choreographies by the Opera of France at Lille and Paris.
• She is also a composer and lyricist who has composed/written individual pieces for dance and dance dramas.
• Chitra’s work has been enriched by the music of her vocalist- musician - composer husband, Visweswaran .The couple
established Chidambaram Academy of Performing Arts in Chennai in 1975, wherein four generations of dancers, teachers,
musicians, choreographers & researchers have been trained. Chidambaram Dance Company is the professional performing
repertory of Chidambaram Academy of Performing Arts and has performed extensively in India and abroad.
• In addition to being Managing Trustee of Chidambaram Academy of Performing Arts , Chitra Visweswaran is also
Dean of Lalitha Kala Mandir , the fine arts wing of Sri Muthukrishna Swami Mission wherein, through its outreach program,
classical dance and music training is imparted to the less affluent in non metro areas.
• She now brings her expertise and experience to ABhai- Association of Bharatanatyam Artistes of India which she heads
as President.
• Smt Chitra Visweswaran has recently been appointed Member Secretary of Tamil Nadu Eyal Isai Nataka Manram, the
State academy of art and culture.
Amongst several honours received by her a few are listed under -
・ Padma Shri (1992) from the Government of India
・ Sangeet Natak Akademi Award (1987)- from the Government of India’s apex body of dance, music and drama.
・ Kalaimamani(1983) from the Government of Tamilnadu
・ Japan Foundation Award for Excellence
・ Honorary Citizen of the City of Bourges, France.
・ Natyakala Acharya from The Music Academy, Madras 2014. 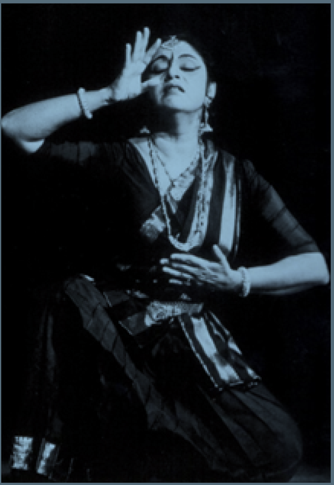