“Bharatanatyam” dance which is an Indian Classical Dance originated from Tamil Nadu, a region facing the Bay of Bengal in Southern India. Bharatanatyam started as a ritualistic offering performed by a Devadasi (female dedicated to worship and service of a deity) in ancient time at the Hindu temple. Between the end of 19th century and the beginning of 20th century, it transformed from offering dance in temples to a performing art-form on the stage in the Theater. Nowadays, it is a traditional dancing art passed on from Guru or Master to disciple. 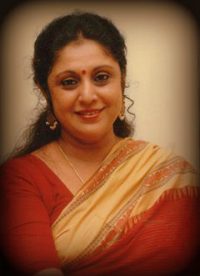 Eminent dancer-teacher- choreographer, Chitra Visweswaran, a legend in the field of Indian dance, has the distinction of being a scholar, thinker & seeker. Deep-rooted training in dance under Smt T A Rajalakshmi & the doyen Vazhuvoor Sri B Ramiah Pillai an eclectic background & inner thirst for knowledge launched her on a voyage of discovery at a young age. Her research directed towards the extension of the existing Bharatanatyam repertoire has lead to the creation of a voluminous body of work, covering the margam , thematic solo, group /dance theatre productions, which reflect individuality and are a synergy of tradition & innovation. Her work has been enriched by the music of her vocalist- musician – composer husband, Visweswaran .The couple established Chidambaram Academy of Performing Arts in Chennai in 1975, wherein several generations of dancers, teachers, musicians, choreographers & researchers have been trained in a holistic manner. 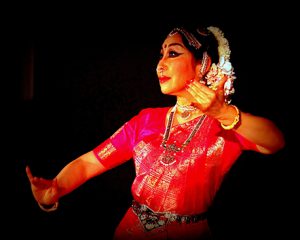